TOP BASS FISHING IN THE NATION, ONLY IN ST. LAWRENCE COUNTY, NEW YORK

On New York’s northern border, the St. Lawrence River flows from Lake Ontario to the Atlantic Ocean, creating a recreational commonplace as the border between the US and Canada. The 700-mile river is the largest east-west river in North America, and has earned fame as the top Bass Fishery in the nation by Bassmaster, and hosts several professional tournaments annually. The diversity in experience ranges from narrow, current stretches, to wide, lake-like expanses with prime fish-holding structures along the entire river, making this a unique and exciting fishery for any angler. Famous for smallmouth and largemouth bass, as well as northern pike and muskellunge, entice year-round fishing.

Ninety miles of the St. Lawrence River border St. Lawrence County, a destination for generations as well as elite tournaments hosted by Bassmaster, Major League Fishing and Fishing League Worldwide. Coveted as a feature along with tournament circuits, and home to family derby’s and amateur competitions, anglers enjoy navigating the different features of the river and changing conditions from year to year based on the season flow. Pro Angler, Hank Cherry glorified the river in a 2019 Bassmaster interview noting that ‘No matter where I’ve gone or where I’ve fished, I’ve never been anywhere that compares to the St. Lawrence River out of Waddington, N.Y…. When you wet a line up there you never know what you’re going to catch. I’ve been there three or four times and I’ve caught perch, walleye, musky, rock bass, pike, and carp. They’re all healthy and big within their species. It’s incredible. It’s just plain fun to fish that river.’

Campgrounds along the St. Lawrence River provide a great waterfront home base for a week of great fishing, with wineries, craft beer, and family-friendly centers and parks lining the region from the River to the Adirondack Mountains.  The County includes four other major rivers, the Grasse, Raquette, St. Regis, and Oswegatchie featured other species and experiences.  Among the 200 lakes, rivers, and streams in the County, Black Lake has been named as the Country’s top warm water lake and top ten bass waters in the Country. The lake covers over 8,000 acres for nearly 20 miles, with 60 miles of shoreline. A mixture of marsh, woodland, farmland, and cottage development characterize the shoreline with fish-holding habitats like weedy bays, weed lines, shoals, islands, dropoffs, rock piles, channels, tributaries, and necked-down areas. The panfish marathon runs from June through October on the lake, with tagged fish equating to over $80,000 in cash and prizes.

Planning a visit based on species is made easy by the fish finder on www.Fishcap.net, complete with a schedule of tournaments to help chose the best time to visit. The area is rich in culture and other recreation, including short and accessible hikes to waterfalls that can be enjoyed by toddlers and grandparents. A new challenge patch series will make this even more fun for the family. An interactive trail site ensures you don’t get lost and can find businesses to stay, eat, and shop. The destination is full of four-season activities for all interests, with full information at www.VisitSTLC.com

Previous Story
FROM CATFISH TO CANNONBALLS! HARDIN COUNTY, TENNESSEE HAS IT ALL! 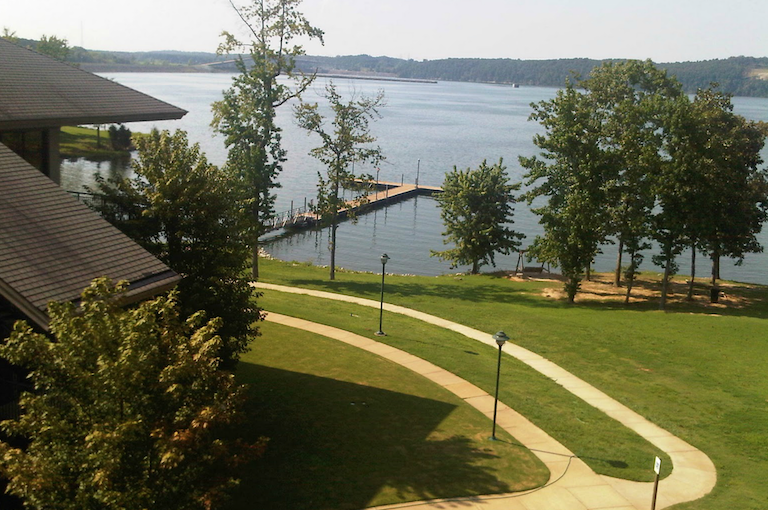